Tripawds Supporter sites have no ads!
Skip to content

Tripawds is a user-supported community. Thank you for your support!

Sarge has slowed down in the last few months, but has faced each day like a warrior.  The night before last he was clearly distressed and we actually thought we might lose him.  He became unresponsive very quickly, his gums were white as paper and he had no strength.  We laid with him for hours thinking he was passing.  We stayed with him all night long and he actually pulled through. Still unable to stand we took him to his amazing vet first thing in the am.  Based on his symptoms I suspected he was bleeding somewhere.

The examination revealed my suspicions were unfortunately correct, he had a massive amount of blood in his abdomen.  At that point we had to make decisions.  Option 1 was to get an ultrasound that might show where the blood was originating, but the place that could do the ultrasound would not be able to do it until the next day.  Option 2: take him to surgery now, but he was so weak the vet said even with a blood transfusion he had a high chance of not making it through the procedure, option 3 was immediate euthanasia and option 4, we take our hero home on hospice to be with his family.  Dr. Heintz assured me that Sarge was not in pain, but was very lethargic.  His lungs actually sounded good, so he would not struggle to breath.   We could give him gabapentin (pain) and valium (anxiety) as needed.

As many of you, being a tripawd parent means that we have dealt with decision making struggles many times before.  Amputate, or not, chemo or no chemo, what diet is best, what pain meds, what have I done, did I make the WRONG choice for them, etc….  this is not a new world for us.  In the back of our heads we all at some point have thought, if they could just tell us what they want us to do!!! We also know our babies have a desire to fight and we want to give them a fighting chance.

All day yesterday and into the evening, Sarge was to weak to lift his head, much less stand.  I syringe fed him broth and water, as he was too weak to drink from his dish.  He woke up panting about every 4 hours, so I would crush his meds and give in a syringe with his favorite chicken broth.  At 6 am he started panting but was wide eyed and head raised high!  He started to stand and we had been carrying him out to potty but this time he managed to hop out 80% on his own!  He also ate a normal breakfast, right from the dish!

I know all too often, even with human patients, they will rally before passing, but I am blown away with his vigor and valiant strength in this moment.  He even musters the strength to wiggle that precious nub of his, the all too familiar boxer Elvis pelvic wiggle.

We will continue our vigil by his side and I will update as things progress.   We would have never dreamed Sarge would still be with us 3 years post osteosarcoma diagnosis, and although I am beyond thankful for every moment we have had him, no matter the time it’s NEVER long enough with our furbabies. 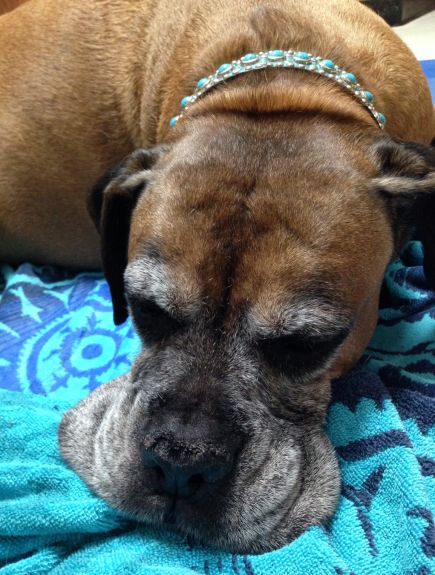 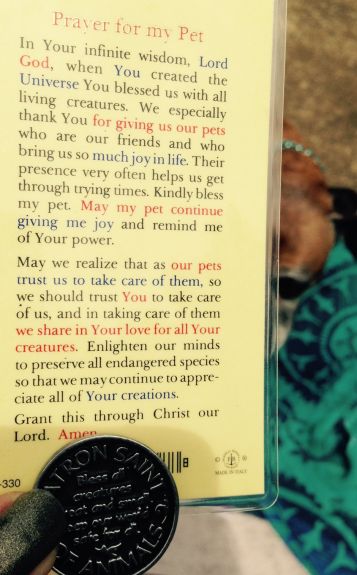 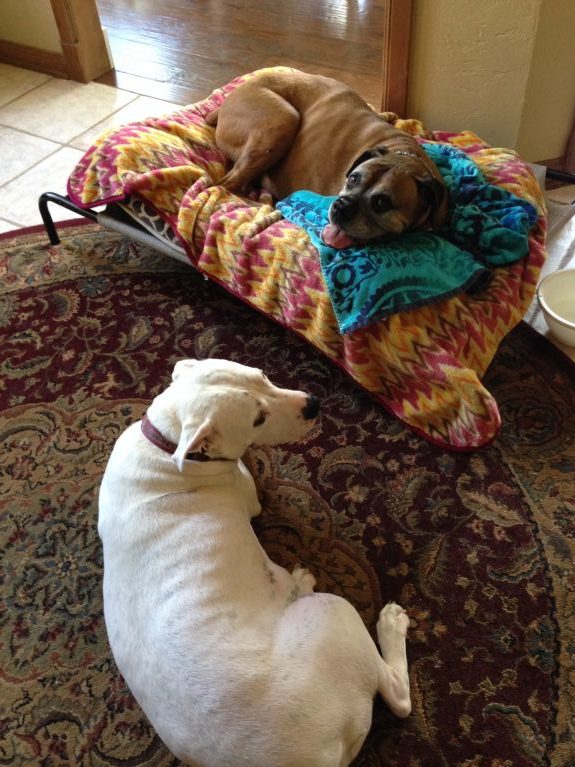 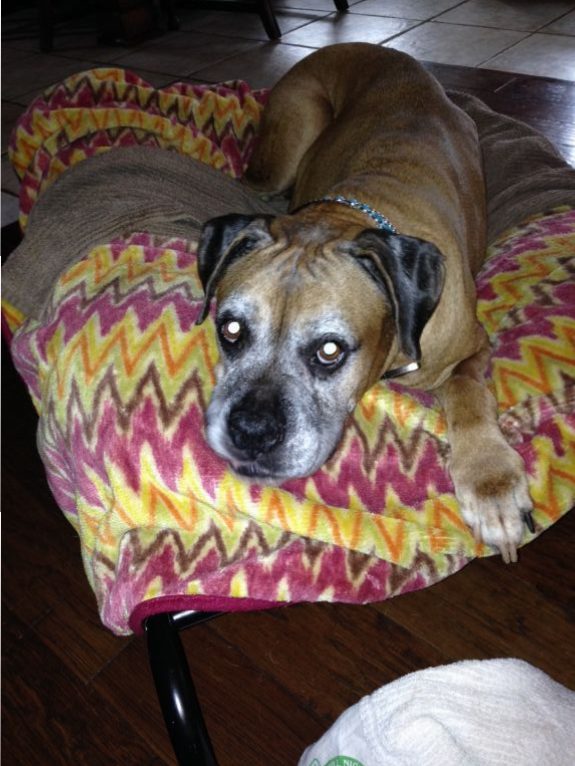 To remove ads from your site and others, upgrade to a Tripawds Supporter blog!

Sarge has been the the love of my life since we rescued him in 2007. He was thought to be a carcass on the side of the road in our community park. As I walked over to look at the pitiful dead dog, I soon realized he was still breathing, barely. We rushed him to the vet and although severely malnourished and in a terrible state, with TLC he miraculously pulled through. Snap shot ahead to 6/2014, we decide to go outside to play fetch, he was so excited and full of energy, doing his typical bouncy boxer pelvic shuffle. He took a nasty tumble and the sounds that followed was nothing short of heart piercing. My heart stopped, because I knew it was bad, very bad. I am a PA, not a veterinarian, but I knew instantly the leg was broken badly. I splinted him and rushed him to the vet. What initially was going to be an orthopedic surgery to repair a broken radius and ulna, quickly turned into, "Your dog sustained a pathological cancer, we think he has osteosarcoma". I could not even hear what I was being told. How could this seemingly happy, healthy, FULL of life dog have CANCER?? The BX confirmed my worst fears. This whole process took over a week. In that time I researched every aspect of canine osteosarcoma I could find and I had already made up my mind, we were going to fight this, not for me, but I knew he was not done living!!! Making the decision to amputate was not one taken lightly. We ensured there were no macro mets and that his blood work looked stable. I also decided if we amputated we would also do chemo. Sarge had his leg amputated 2 days ago and I am amazed at his hour by hour improvement. We start chemo in 2 weeks. I will keep everyone updated and love reading stories on here that give me hope that he will be able to be a happy, pain free normal Sarge!!! This is when we joined TRIPAWDS! What a wonderful, reassuring supportive community! I love you TRIPAWDS! View all posts by c1nicolei

8 thoughts on “It’s so hard to say goodbye.”

Edit your Widgets to remove these ads, or leave them to support Tripawds.

Sarge the Boxer extraordinaire is brought to you by Tripawds.
HOME » NEWS » BLOGS » FORUMS » CHAT » YOUR PRIVACY » RANDOM BLOG


Tripawds Supporter sites have no ads!